Are you thinking of buying your first home in 2017? If yes, contributing to your RRSP before the March 31 contribution deadline can help you increase your funds available for your purchase. Follow the 7 steps below so you can maximize your available funds to purchase your first home.

Recently a video appeared on LinkedIn and a few other places singing the praises of porting your mortgage and making it seem like a walk in the park. If you have ever done one, then you would know that it is anything but that scenario.

Porting is not much different than qualifying for a new mortgage, the video talks about the client moving to a new town and just porting their mortgage along with them. Truth is if that you are moving to a new town and a new job you may be on probation and not qualify for the mortgage. The lenders also have to approve the new property as well so a lot more factors that need to be considered.

This morning, the Canadian Real Estate Association (CREA) released its January national real estate statistics showing home sales declined 1.3% month-over-month in the first month of this year. This down draft put resales at their second lowest monthly level since the fall of 2015 and only  a bit above levels recorded last November when new tighter mortgage regulations were first put in place.

Activity was down in about 50% of all local markets, led by the three largest urban markets–The Greater Toronto Area (GTA), Greater Vancouver and Montreal.

For the year as a whole, the number of homes changing hands was up 1.9%. Sales slowed in the second half of 2016 and the newly released data show that the slowdown continues. Notably, year-over-year sales were down significantly in the Lower Mainland of British Columbia (BC). This slowdown was exacerbated by the August introduction of the 15% land transfer tax on foreign nonresident purchasers. The October tightening of mortgage regulations dampened activity further.

Housing activity will not provide the boost to overall economic growth in 2017 that it did in 2015 and the first half of 2016. as first-time homebuyers will find it more difficult to qualify for a mortgage and credit availability is diminished by the disproportionate impact of the new regulations on nonbank lenders.

Sales activity was down from the previous month in about half of all local markets, led by three of Canada’s largest urban centres: the Greater Toronto Area (GTA), Greater Vancouver and Montreal.

Supply shortages are a major issue depressing sales activity and raising prices, especially in and around Toronto and parts of BC. Price pressures will continue in these markets unless demand declines significantly.

New listings were down in about two-thirds of all local markets, led by the GTA and environs across Vancouver Island.

The monthly decline in new listings dwarfed the decline in sales so the national sales-to-new listings ratio jumped to 67.7% last month compared to 64.0% in December and 60.2% in November. The ratio in the range of 40%-to-60% is considered generally consistent with balanced housing market conditions. Above 60% is considered a sellers’ market and below 40%, a buyers’ market.

The sales-to-new-listings ratio was above 60% in half of all local housing markets again last month–the vast majority of which continued to be in British Columbia, in and around the Greater Toronto Area and across Southwestern Ontario. There were sellers markets already in these regions.

Number of Months of Inventory

There were 4.6 months of inventory on a national basis at the end of January–unchanged from December and a six-year low for this measure. Clearly government efforts to increase supply is warranted.

The imbalance between limited housing supply and relatively strong demand in Ontario’s Greater Golden Horseshoe region is without precedent (the region includes the GTA, Hamilton-Burlington, Oakville-Milton, Guelph, Kitchener-Waterloo, Cambridge, Brantford, the Niagara Region, Barrie and nearby cottage country). The number of months of inventory in January is now at or below one month of sales in the GTA, Hamilton-Burlington, Oakville-Milton, Kitchener-Waterloo, Cambridge, Brantford and Guelph.

The Aggregate Composite MLS House Price Index (HPI) rose 15.0% y-o-y last month. This was up a bit from December’s gain, reflecting an acceleration in condo and townhouse unit price increases.

This price index, unlike those provided by local real estate boards and other data sources, provides the best gauge of price trends because it corrects for changes in the mix of sales activity (between types and sizes of housing) from one month to the next.

Price trends continued to vary widely by location. In the Fraser Valley and Greater Vancouver, prices continued to recede from their peaks reached in August 2016 but remained above year-ago levels (+24.9% y-o-y and +15.6% y-o-y respectively). Meanwhile, benchmark prices climbed to new heights in Victoria and elsewhere on Vancouver Island as well as in the Oakville-Milton, Guelph, and the GTA. Year-over-year price gains in these five markets ranged from about 18% to 26% in January. By comparison, home prices were down 2.9% y-o-y in Calgary and edged lower by 1.0% y-o-y in Saskatoon, continuing their retreat from peaks reached in 2015. Prices in these two markets are down 5.9% in Calgary and 4.3% in Saskatoon relative to their 2015 peak levels.

Home prices were up modestly from year-ago levels in Regina (+3.8%), Ottawa (+3.7%), Greater Montreal (+3.1%). In Greater Moncton, prices held steady. Monthly trends suggest that prices have continued to stabilize in these markets.

The actual (not seasonally adjusted) national average price for homes sold in January 2017 was $470,253 about in line with where it stood one year earlier. This marks the smallest y-o-y increase in nearly two years. 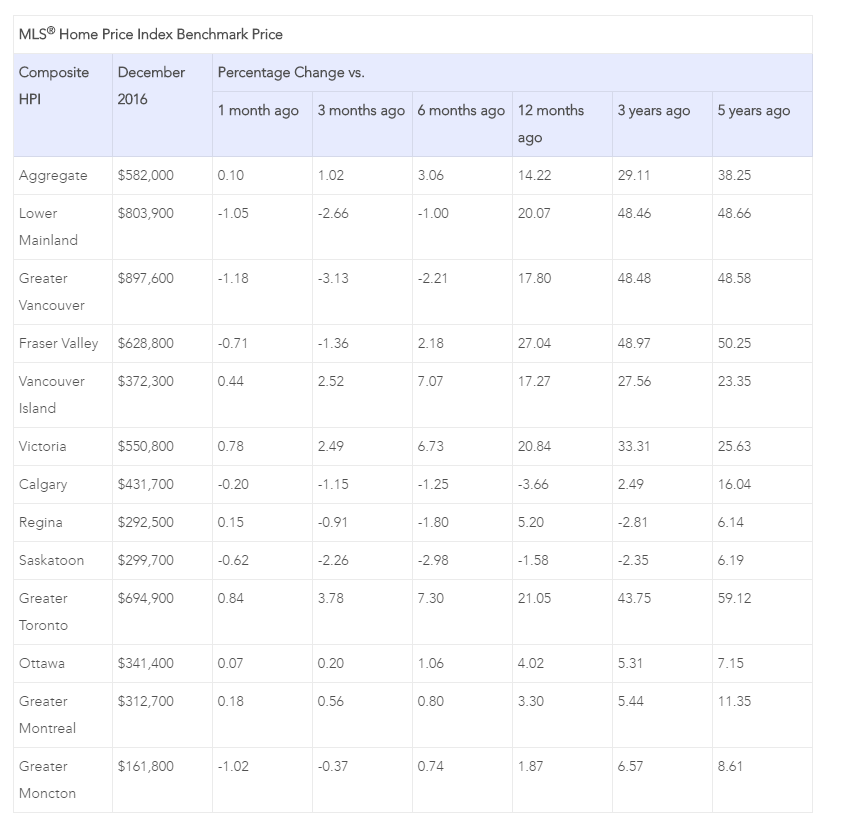 If I can give one piece of advice it’s this – in the face of financial difficulty the worst thing that a person can do is to go dark on their creditors.

In my experience, being 100% upfront and honest with creditors is by far the best 1st step in face of a cash crunch. CALL YOUR CREDITORS. EXPLAIN YOUR SITUATION. ASK FOR A TEMPORARY REPRIEVE. BE PROACTIVE WITH LOOKING AT A SOLUTION EARLY.

Now a days with the amount of information that is shared on the Internet and social media, identity theft and Ponzi schemes are happening regularly. Homeowners are taking the necessary steps to protect one of their largest investments which is their home. However, the last thing you want to worry about is yet another way to lose your hard-earned money.

If you have have overextended yourself with credit card debt, or have consolidated all of your consumer debt into your mortgage, or are at the point where you just want to cancel your credit cards, we have the 3 steps for you to follow to get your credit back in check.